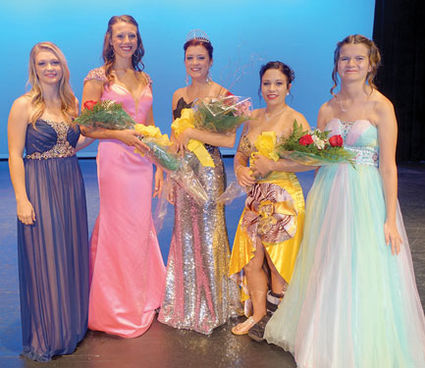 Alva High School has a yearly pageant allowing senior girls the opportunity to earn scholarships and compete for the Miss Alva title. This year the pageant had five contestants: Aleysa Franz, Kathryn Baugh, Linda McDonald, Kimberly Stuck and Halah Canaan. The contestants were judged in three different categories including interview, talent, and poise and appearance. 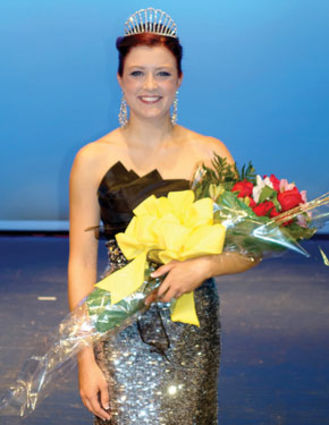 In the talent portion of the contest, Aleysa Franz and Kimberly Stuck both performed dances, while Kathryn Baugh, Linda McDonald and Halah Canaan sang. The poise and appearance portion was full of elegance as contestants wore their formal gowns and modeled while engaging the judges.

After all phases of competition were through, the contestants were escorted back on stage by their fathers. Each contestant received an award for outstanding features picked by the other contestants. Judges awards were given to second runner up Halah Canaan and first runner up Aleysa Franz. The Miss Alva title was won by Kimberly Stuck.

Stuck said, "I was so shocked; I am so excited about getting to help with the school." Stuck plans to attend Wichita State University and major in exercise science and hopes to start her classes in the summer to get a head start on her classes. Congratulations Miss Alva 2016-2017 Kimberly Stuck.