Rangers drop close one to Hillcats 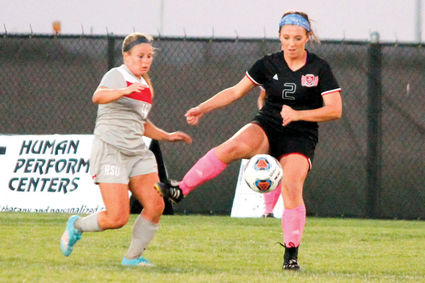 Freshman Bailey Jarvis (2) is able to gain possession of the loose ball over Courtney Tucker (4).

The Hillcats took an early 1-0 lead midway through the first period, which would prove to be the deciding factor in the game.