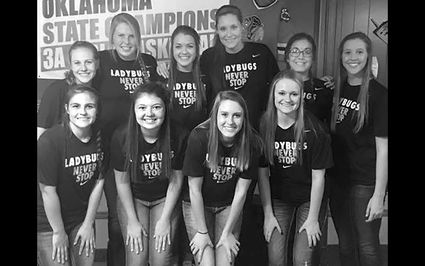 The Alva Ladybugs hosted a labor auction Nov. 7. The team raised about $25,000 after expenses. There were about a 100 people who came to Champs and ate dinner, and supported the basketball girls by bidding on them and raising money for them.

According to Head Coach Dustin Horn, the funds raised will pay for such things as "hotels, dinners when we travel, practice gear, travel gear, and team shoes."

The Ladybugs have a tough schedule this year that includes large amounts of traveling and the money they raise helps pay for meals for the girls so they don't have to pay for all of the many su...