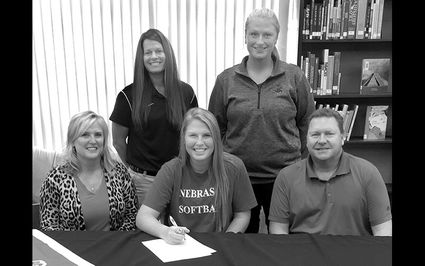 When 11-year-old Ally Riley stepped onto the softball field as an Alva Diamond for the first time, little did she know that it would become the love of her life. On Wednesday, Nov. 9, that 11-year-old girl with a dream to play softball in college turned into a 17-year-old signing to play softball at her dream school, the University of Nebraska.

Through the past six years of softball Riley has had constant support from her family, coaches and friends. Her parents, Scott and Christie Riley, have guided her into not only being a good softball player but an even better person.