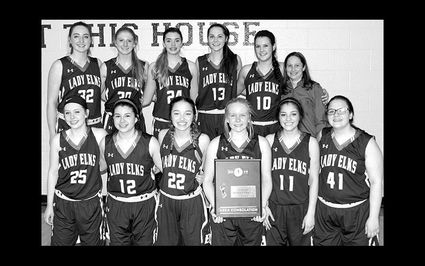 Going into playoffs, which started the second week of February, the Burlington Elks and Lady Elks were both District Champions.

Both teams went on to Medford to play in the regional tournament.

The Lady Elks and Elks lost, sending them to play in the area consolation game that Saturday. The Lady Elk...