Freelin Roberts tells DOC board of the "Slinky Seven" 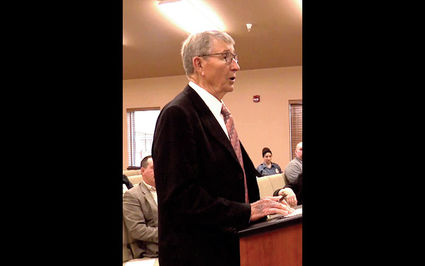 A group of seven Alva citizens worked quietly to bring the Bill Johnson Correctional Center to Alva back in 1995. They gave themselves the nickname "Slinky Seven" because they tried very hard to work under the radar of other communities trying to land a prison facility.

The Oklahoma Department of Corrections (DOC) had announced plans to build a regimented-type drug offender work camp somewhere in the state of Oklahoma and encouraged a competition among interested communities that hoped to land the facility and the jobs it would provide to their communities.

Freelin Roberts, one of the Slink...