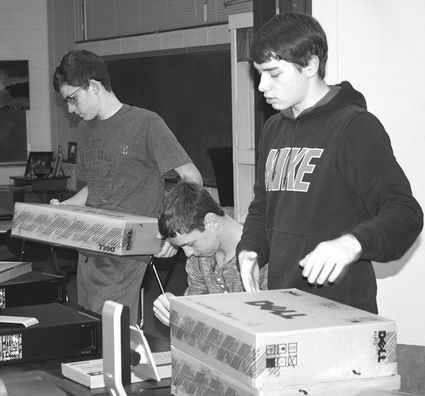 What Burlington decided to do with the old computers was to distribute them out to classes as needed. For example, four computers were donated to the library, three to the ag building, and one to each class. The computer lab is used by students from element...