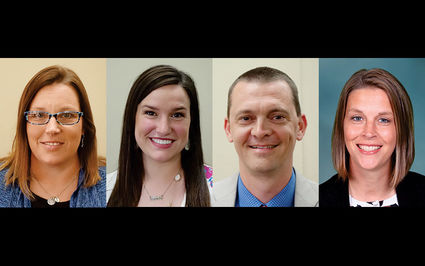 In a special meeting that lasted about an hour, the Alva Board of Education hired three principals and two certified teachers.

A new elementary music teacher is Kiley Feely, and the Alva High School and Alva Middle School vocal teacher rehired for next year is Bryce Lewis. All but Shane and Kiley Feely are from the Alva school system. The Feelys have been at Burlington Schools for several years. Both are graduates of that district.

Superintendent Parkhurst said Shane Feely will also get an extra duty contract to serve as Alva High School boys basketball coach. The Alva district came very close to hiring Shane Feely in that position several years ago, and then he was hired away at the last minute by a petroleum company.