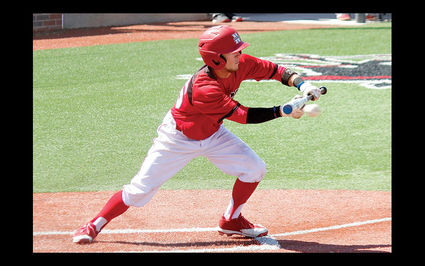 TJ Kassner puts down a sac-bunt along the first base line to advance the runners around the bags.

The Northwestern Oklahoma State University Rangers baseball team enters their last stretch to end their regular season as they started with hosting the Henderson State University Reddies in a three-game series on beginning on Saturday.