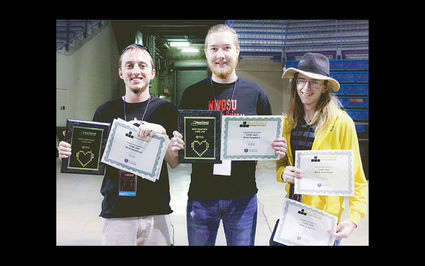 The Code Jam Challenge team was awarded Best Graphics and Most Ambitious for their game "Glitch." Team members are (from left) Matt Day, Bryce Larkey and Jackson Gardner. Not pictured is Austin Mount.

Students from across Oklahoma compete in high school, collegiate and independent developer categories along with competition for the Code Jam Challenge.