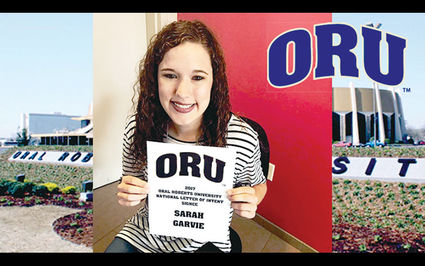 The Oral Roberts women's basketball team and Head Coach Misti Cussen announced the addition of Sarah Garvie to the 2017 recruiting class with the signing of her National Letter of Intent to play for the Golden Eagles.

ORU signed junior college transfer Sarah Garvie to the 2017 recruiting class. Garvie will transfer to Oral Roberts as a true sophomore from Northern Oklahoma College in Enid, Oklahoma, where she was named to the NJCAA All-Region 2 first team and made the All-Region Tournament Team. During her time at NOC Enid, Garvie tied the school record by making eight three-point buckets...