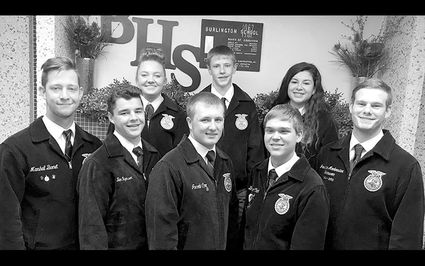 Burlington FFA had a fantastic year! To start off the year, the freshmen competed in the Greenhand Quiz CDE, and Lauren Lagos was third-high individual and Anna Motycka was the state champion.