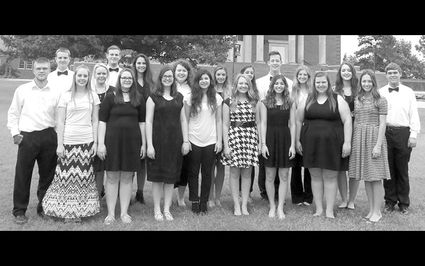 Burlington School took three vocal ensembles and one solo to the state competition in Shawnee. Each of these earned a 1 at district competition for the opportunity to compete at state.