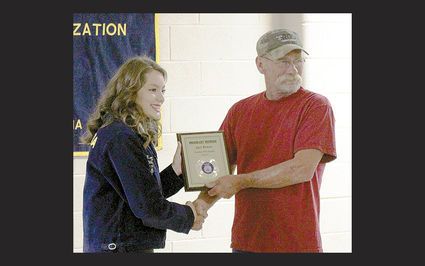 This past April at the 41st annual FFA Banquet, Katy Melkus and Gary Watson were recognized and received the "Honorary Membership" award. Milkus and Watson were rewarded for their willingness to go above and beyond.

"They each volunteered whenever I asked. They each put in many extra hours for the FFA organization," said Bryant Weber, FFA advisor.