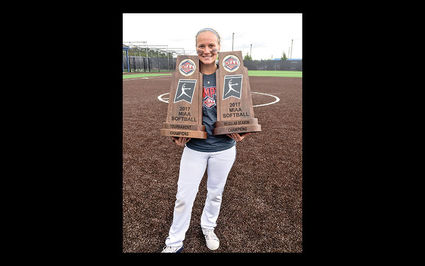 Tramel's long drive capped a six-run outburst in the top of the first inning that put UCO in quick control, but the Hornets scored three runs in their first at bat and trailed just 7-6 after five innings before the Bronchos put the game away with a three-run sixth...