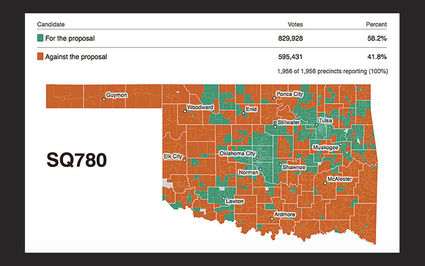 Criminal justice measures approved by Oklahoma voters in November will take effect later this week, testing predictions that fewer people will go to prison and taxpayers will ultimately save millions of dollars.

But even before those laws kick in July 1, questions swirl as to whether they will be undermined in part by local prosecutors or a lack of funds and won't fully achieve their stated purpose. Even if they succeed – by keeping thousands of nonviolent offenders from becoming felons – advocates for change acknowledge it won't be enough to halt the state's rising tide of incarceratio...