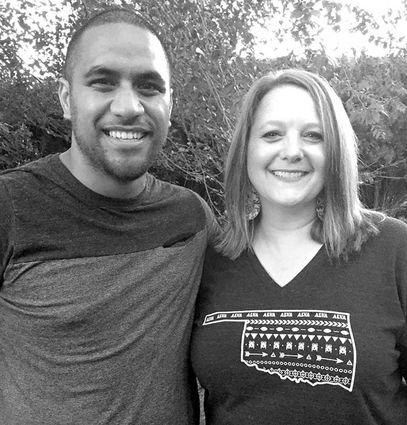 Burlington teachers Raye Lyn Bird and Isi Ofiu ("Mr. O") recently auditioned and participated in the filming of a movie in Alva. The film is called "The Waving Wheat Trilogies" and Lance McDaniel, a former Alva resident, is the director.

The movie was written with northwest Oklahoma in mind. It was filmed at various locations and music was recorded at Northwestern Oklahoma State University. Over 70 children and adults auditioned for a role. Mr. O and Mrs. Bird sang in the musical production and both received small solo parts.

The scene takes place in a backyard, filmed at The Menagerie, w...