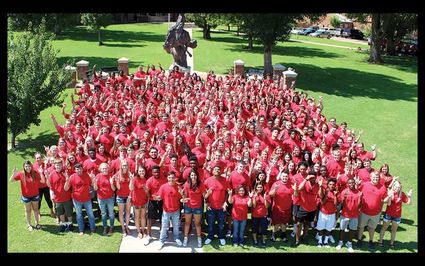 The 2017-18 school year is underway, beginning with a successful freshman and transfer student orientation at Northwestern Oklahoma State University locations with 370 students attending the events.

Gathered in Herod Hall Auditorium to begin the day's events, incoming freshmen experienced a tradition of Northwestern as the Ranger cheerleaders joined the university's marching band for the playing...