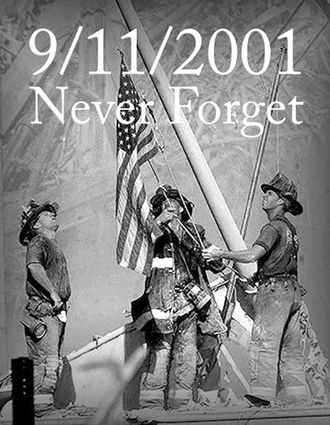 9/11 made the United States of America stronger, not weaker, because it showed no matter what, we the people will stand together throughout any problem.