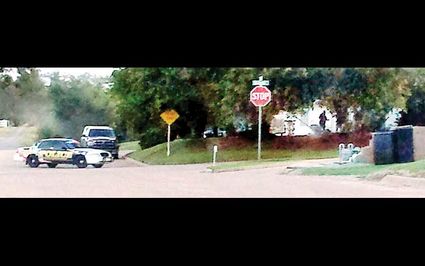 Wednesday Alva Police were at 10th and Oklahoma Boulevard to investigate the suspicious death of Dustin Goodrich.

Alva Police and the Oklahoma State Bureau of Investigation are investigating a suspicious death. Officers were on the scene at 10th and Oklahoma Boulevard Wednesday, Oct. 4. Dustin Goodrich, 49, was found Wednesday morning and taken to an area hospital where he later died.

OSBI was asked by the District 26 District Attorney's Office to investigate, and preliminary results indicate Goodrich was involved in a physical altercation that may have caused his death. The medical examiner will perform an autopsy to determine the cause and manner of death.

No arrests have been made in the case.