To perform "Oz," a hilarious and heart-wrenching twist on the original film 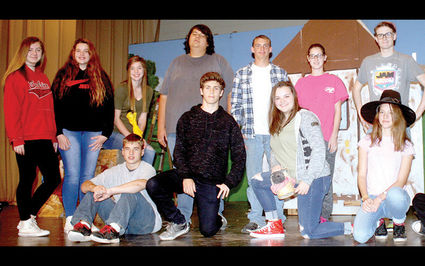 Rather than following Dorothy down the the famous yellow brick road, South Barber's drama class will go somewhere over the rainbow with Beth as they present "Oz." The performances are Saturday, Nov. 18, at 7 p.m., and Sunday, Nov. 19 at 2 p.m. in the SBHS Auditorium. Described as a hilarious and heart-wrenching exploration of grief and perseverance on the road to acceptance, "Oz"tells the story of Beth, a teenager who is reeling from her sister's death.

Drama teacher and director Meagan Henry said that although the story begins and ends on a serious note, the play itself is full of humor an...