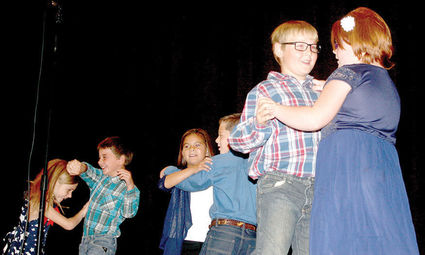 Not sure who most enjoyed first-year vocal teacher Naicee Gugelmeyer's Americana Concert at South Barber Elementary in Kiowa – the students, the audience or Ms. Gugelmeyer? All were smiling – the little kids were having a blast performing as they sang out and moved to the music, the audience applauded and cheered with sincere enthusiasm and the teacher was a smiling dynamo and professional as she directed her first concert.

The SBHS grad and recent graduate of NWOSU, Gugelmeyer had her students taking a bow after each performance. The program centered around music that has a place in Am...