The Eagle Times: Honoring our veterans 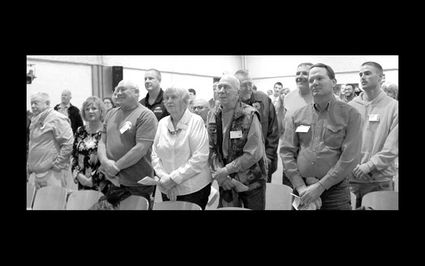 This year Veteran's Day was Saturday, Nov. 11. This is an American holiday that started by celebrating the end of World War I, when the U.S. signed the Armistice Treaty deal ending the war. This day was originally known as Armistice Day in 1926 when the U.S. called for a day of observance to remember the service given by veterans in World War I. As of 1938 it was officially named a national holiday and became known as Veteran's Day.

Freedom Public Schools invited local veterans for a dinner prepared by students, with a program following the meal to honor past, present and future veterans....