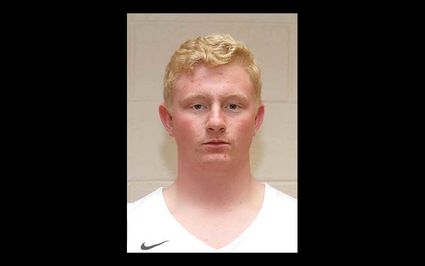 Lane Scarbrough (24) was Alva's leading scorer with 12 points in the Goldbugs 65-26 victory over Dove Science Academy.

It's finally basketball season for Alva High School as the Ladybugs and Goldbugs began with the Pioneer Mustang Stampede Tournament at Waukomis. Both teams were victorious. The Ladybugs defeated the Blackwell JV 51-17 while the Goldbugs ran over Dove Science Academy 65-26.

The start of the round-ball season was delayed by Alva's trip to the football semifinals last week. That meant the Goldbugs moving from football to basketball had only a few days to practice.

In the girls' game Thursday morning, Alva dominated to lead 27-7 at the half and 36-11 at the end of the third period. They finish...