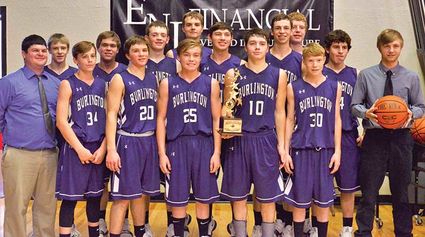 The Elks put up a valiant effort but suffered a loss against the Railroaders. The Lady Elks came out with the big W!

The Elks went on to play Drummond on Friday, while the Lady Elks played South Barber.

Both offered another round of exciting games with the Lady Elks advancing to the championship. The girls' team played South Central and the boys' played Cherokee on Saturday.