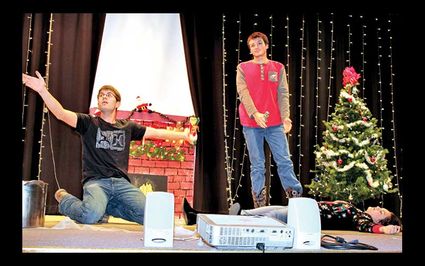 In the final scene Casey, the baker, cries for the death of the taster, Nicole, as the doctor, Nate, stands helpless.

"Christmas Cookies" is a skit that the FPS drama team performed for the Christmas program. It's a simple skit that involves a baker, taster and doctor, and a director. On the day of the performance, two members were out of school due to the flu. However, the show must go on and substitutes were found. The skit is a short two-minute script but is done repeatedly in different modes like too fast, too slow, with attitude, soap opera and normal. The outcome was hilarious.

The audience responded with laughter and applause, the two things that drama students cherish.