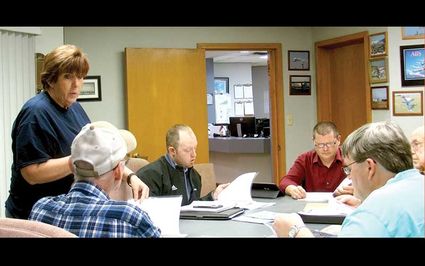 Excitement is building at the Alva Regional Airport as plans take shape for participation in the 42nd Annual Air Race Classic in June. Vantage Plane Plastics, located at the airport, is heading up the race plans and associated events including a fly-in and airshow. April Mills from Plane Plastics discussed plans at the airport commission meeting on Monday, Jan. 8.

The race featuring about 50 aircraft with teams of two per plane is open only to female pilots. Each year the race follows a different route of 2,600 miles or more over four days in June. This year's course begins in Sweetwater, T...