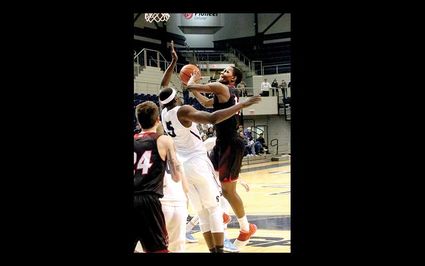 WEATHERFORD, Okla. – Northwestern Oklahoma State men's basketball survived a strong second-half push from the Bulldogs to knock off Southwestern Oklahoma State in the first of two matchups this season. Brandon Green made three big free throws down the stretch and solidified the win with a last second steal, wrapping up the Ranger's tough stretch of three games in five days.

No stranger to the drama that the rivalry series has produced, the 6-foot-2 senior chipped in with 19 points and eight assists, including a 9-of-10 evening from the charity stripe.