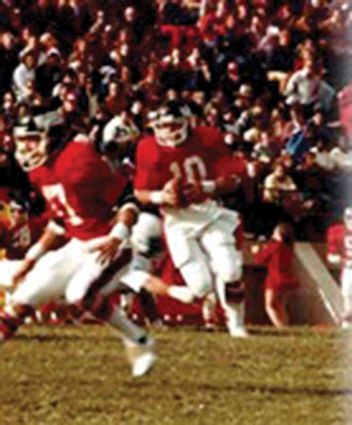 Keith Baxter, former NWOSU quarterback as well as a baseball standout, will be inducted into the Northwestern Hall of Fame on Saturday Feb. 3.

ALVA, Okla. – Hall of Fame weekend is just over a week away here at Northwestern Oklahoma State where three Ranger greats will be inducted into the Northwestern Hall of Fame on Saturday Feb. 3, including a standout two-sport athlete, Keith Baxter.

A native of Holdenville, Keith Baxter was a two-sport standout, making his mark on the gridiron and the diamond.

Baxter was the starting quarterback for four seasons and established several individual records. During his senior season in 1984, Baxter guided Northwestern to a 7-3 mark and a top 25 ranking. In his four seasons, he was a three-time...