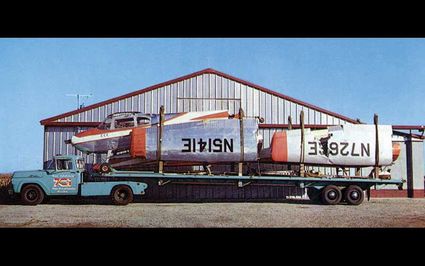 For their aircraft repair business, the Kinzie brothers custom designed this semi trailer to haul four planes at a time.

The story of the Kinzie family in Alva, Oklahoma, spans over a century. With innovation, ingenuity and hard work, the Kinzies have established a long-lasting legacy with far-reaching effects.

Guy Kinzie came to Oklahoma from Indiana in 1905 when he was nineteen years old.

Guy Kinzie started his own business, Alva Brake and Electric, in the building that is now the Honda Shop owned by Neal and Jim Henderson. The family's living quarters were next door where Paul and Dr. Liz Kinzie reside currently....