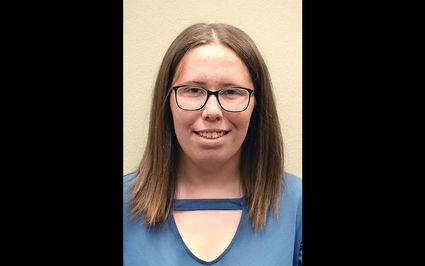 Most schools in the state are struggling to fill staff positions before the start of school in about a month. Several highly visible teacher positions are still open in Alva, including both Alva Middle School (AMS) and Alva High School (AHS) band and vocal directors. On Monday night, the resignations of Sierra Walker (vo-ag teacher) and her husband, Clayton (bus barn), and Taylor Schwerdtfeger were announced.

The Schwerdtfeger resignation was a shock to the team and the community after he and his assistant coaches engineered a turn-around over a three-year period from 0-11 to 12-1. In a lengthy letter of resignation, the coach thanked by name numerous community members who had been strong supporters of his program, both with substantial financial support, but also moral support.

Schwerdtfeger's former wife, Kindsey Ealy, is moving to Stillwater with their children. Taylor and his new wife, Jill, spend considerable time with the two girls and he does not want to be an absentee dad. In a social media post, Schwerdtfeger said he is leaving education and coaching for a job in Tulsa.

The principals present distributed to school board members revised student handbooks so they may study them before the next board meeting. In particular, Stephanie Marteny of Alva Middle School said she had utilized the high school handbook and modeled the middle school handbook after it so that when a student moves from AMS to AHS, the handbook rules will be familiar.

Alysson Tucker said in the elementary handbook they are moving the drop off time for kids to 7:30 a.m. instead of 7:45 a.m.

Several months ago, the school board heard a proposal to contract with the OSSBA for a series of meetings for strategic planning. The event could go on for up to five years but Superintendent Tim Argo thought it would be likely to be eight or nine months.

Argo announced that Shane Feely will become the curriculum coordinator, replacing him. Argo said he believes the curriculum alignment between the school sites had been very successful and he did not want to see that progress go away.

Because of difficulty in hiring custodial personnel at Lincoln School and Alva High School, the board agreed to a school-year contract with Circle H LLC cleaning service. The district has utilized this firm before when staff shortages occurred.

The board renewed the new school bus lease with Ross Transportation for five 2018 71-passenger route buses. This is the second year of a three-year plan. Argo said it had worked well, reducing maintenance costs. They switch the route buses around to shorter routes to avoid exceeding the mileage limits of the lease.

Autumn Stout was present at the meeting. She was hired as a paraprofessional at Washington School.