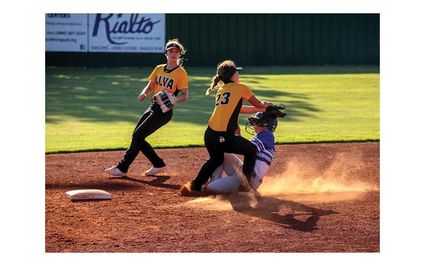 Freshman shortstop Chloe Durkee tags the base runner out.

The Ladybugs pulled away late in the game versus Mooreland on Tuesday, Sept. 18. The game was tied at 4 apiece at the bottom of the fifth when junior catcher Laney Stewart singled, sending one runner home.

Hallie Durkee started the first game of the day for the Ladybugs. Durkee pitched seven innings, allowing five runs while striking out 11.

The Ladybugs' season came to a c...