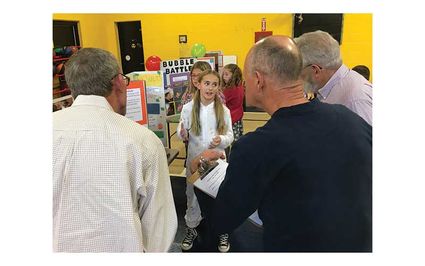 Lincoln students showcase their science fair projects to be judged by Arden Chaffee, Ken Brown and Mark Denton. Students are scored by points. The winners will be announced at school on Monday. 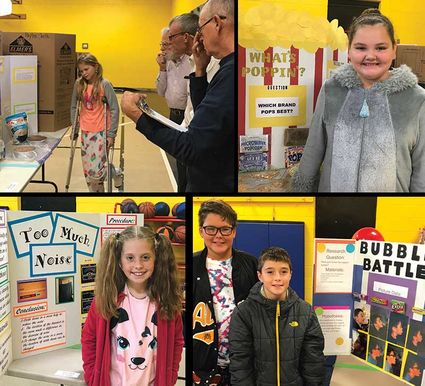