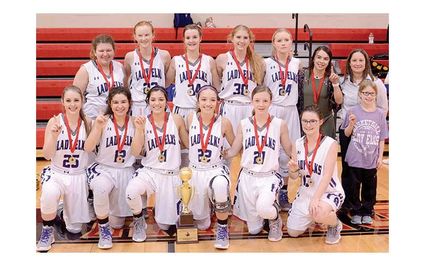 Burlington High School's basketball teams played games Tuesday through Friday the first week in December. To start this exciting week the Burlington teams played South Barber where both teams pulled off a win.

Then in a turn of events the Northwestern Prep Classic tournament was moved up to Wednesday, so the Burlington teams had to prepare for four straight days of basketball.

On Wednesday, the girls played Seiling junior varsity then later that night the boys played South Barber for a second night. Both Burlington teams got the win.

On Thursday, the boys played Drummond but, sadly, lost...