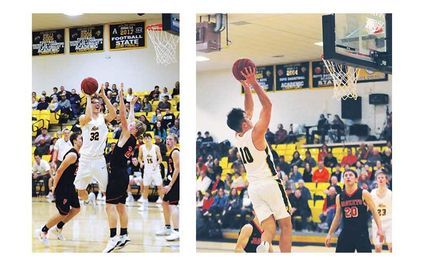 The Goldbugs started slowly on their Senior Night game as Fairview outscored Alva 13-8 in the first quarter. 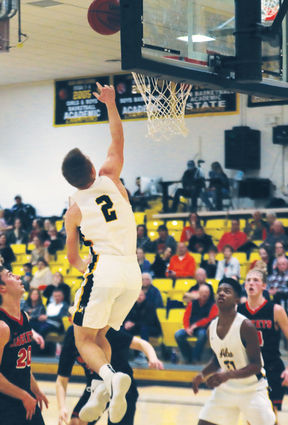 Reece Martin flies through the air for the lay-up.

Alva picked up their offense in the second quarter as the team outscored Fairview 18-9. Mitchell Meyer led the team with eight points in the quarter. Reece Martin added four points as the team started to take control of the game. The Goldbugs finished the half up 26-20.

Alva's offense continued to thrive as the team outscored Fairview 18-11 in the third quarter. Gordon led the way with six points in the period followed by Martin who added five.

Much as they did in the third period, Alva continued to find their offense through a one-two punch combination of Gordon and Dylan McGuire. Gordon came on strong towards the end of the fourth period as he scored eight points in the quarter. McGuire finished the fourth period with six points.

Gordon led the Bugs in scoring with 17 points, followed by Meyer who scored 12 points. Martin finished the game with 11 points.

The Goldbugs will play their next game versus Woodward on Tuesday, Feb. 12, at 8 p.m.