Police investigating theft at city shop, estimated at near $20,000 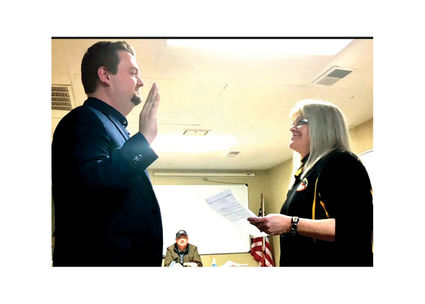 Kiowa's City Council table had a new look at their Feb. 11 regular monthly meeting. Longtime councilmember Bill Watson sat at the head of the table as mayor since he replaces Ron Rohr who abruptly resigned (he said due to health reasons) just days after the January meeting.

Watson asked Brent Shaffer to fulfill the remainder of his seat on the council. Grades 7-12 principal at South Barber, Shaffer took his seat at the table after taking the oath of office from City Clerk Trish Brewer.