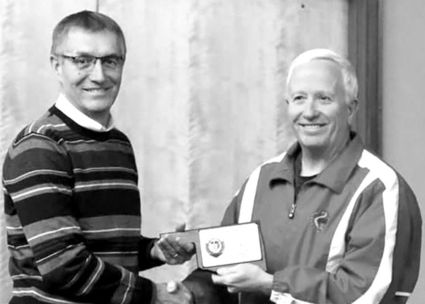 An integral part of the Fairview school and community, Jim Blevins is a native of Kiowa, Kansas, and a 1976 graduate of Northwestern Oklahoma State University. The lifelong educator and coach was recently inducted into the Oklahoma Track Coaches Hall of Fame.

His love of track began when he was a kid growing up with three brothers and a sister in Kiowa. They built their own pole vault and long jump pits. Eventually pole vaulting and hurdles were his favorite track events. Graduating from Kiowa High School in 1971, his excellence in sports took him to Pratt Junior College on scholarship. Bl...