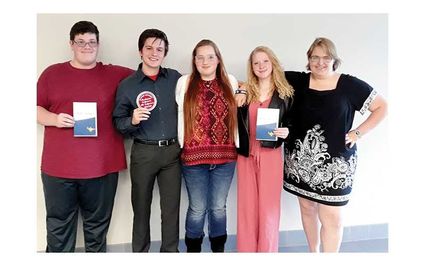 Blake Lee was named All-Star player for the Northern Conference at the Oklahoma North West Academic Conference (ONWAC) banquet on April 2. This is Lee's second time to earn this honor for Freedom Public School and to receive a letterman's patch. 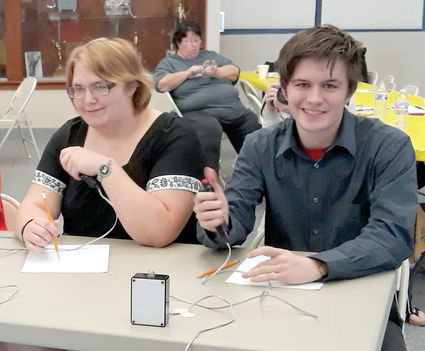 Khrista McComb and Blake Lee play their last Academic match. As a tradition, seniors members, beginning with All Stars, get to fill the two tables equipped with buzzers to join in a fun game of trivia: the North versus the West. When it ended in sudden death the North walked away with a final win.

All stars are picked for the percentage of questions answered correctly throughout the seasons. Lee has acted as captain for FPS Academic High School Team for two years. Freedom ended the season tied for fourth place with Aline-Cleo.

Other All-Stars in the Northern Conference included Ethan Ratzlaff from Ringwood, Toby Highfill from Cherokee, Michael Smith from Cimarron, Cody Cosper from Aline-Cleo, Austin Rankin from Waynoka, Alec Judd from Timberlake and Jaycee Mullins from Okeene.