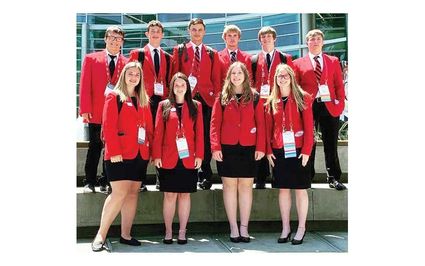 The Family, Career and Community Leaders of America (FCCLA) National Leadership Conference (NLC) was held June 30-July 4 in Anaheim, California. This year's conference theme encouraged participants to "Believe in Yourself" through competing in Competitive Events, running for office, partaking in Leadership Academy, and continuing to make a positive impact within their families, communities, and careers. Attendees also had the opportunity to engage with Red Talks, attend the Ford Driving Skills for Life event, learn about potential career and college opportunities at the EXPO, and interact with leaders from across the nation.

Over 4,700 FCCLA members competed in STAR (Students Taking Action with Recognition) events at NLC. STAR events are competitive events in which members are recognized for their proficiency and achievement in chapter and individual projects, leadership skills and career preparation. Both youth and adults work together in managing the events and serving as evaluators of the participants. Students develop real world skills participating in STAR events.

In order to advance to the national level in a STAR Event, members first compete at the district, region and state levels. Ruston James competed in Say Yes to FCS, Senior Division at FCCLA's National Leadership Conference in Anaheim and received a gold medal in the event. He finished with a ranking of fourth in the nation. Blake Failes and Drake Williams competed in Entrepreneurship, Senior Division and received a silver medal in the event. Taryn Miller served as a youth evaluator for STAR events. 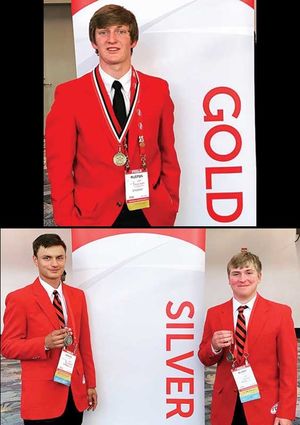 Bridget Wilhite served as one of Oklahoma's seven national voting delegates. In her role as a voting delegate, Wilhite helped elect the new national executive council and voted during the business session on a proposed bylaws amendment.

Next year FCCLA will host its 75th National Leadership Conference in Washington, D.C., July 5-9. To learn more about how you can get involved as a student, sponsor or supporter, contact Heather Gottsch at Cherokee High School.