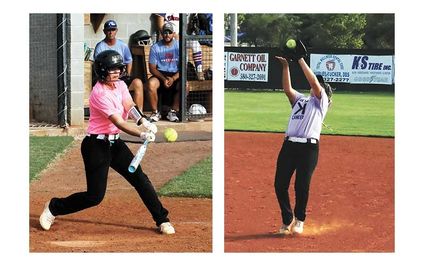 Left: Ladybug Aspen Warren hits the ball to the outfield during their game versus Waukomis. Right: Second baseman Laney Stewart catches the ball to secure the third out at the top of the fifth inning.

The Alva Ladybugs lost to Waukomis 6-5 Tuesday afternoon, causing the Ladybugs' record to fall to 0-16.

The Ladybugs led 5-4 in the seventh inning with one out to go. But Waukomis capitalized on their final chances as the team hit the ball to deep left field, scoring the go-ahead run. 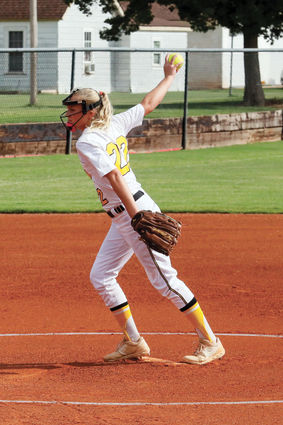 The Ladybugs' next action will be in the Highway 81 Classic starting Sept. 12.

Waukomis scored two runs in the seventh inning to win the game.

The Ladybugs had 11 hits and scored five runs.

Waukomis scored six runs and had 12 hits in the game.