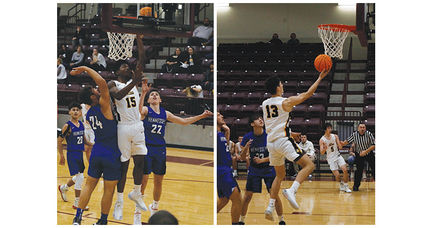 Waukomis, Okla. - The Alva Goldbugs' men's basketball record fell to 1-1 as the Goldbugs lost to Hennessey 54-33 in the first round of the Mustang Stampede.

The second quarter was slightly closer as Alva was outscored 12-7 in the period. Hofen scored two points in the period, as did Austin Reed. The Gol...