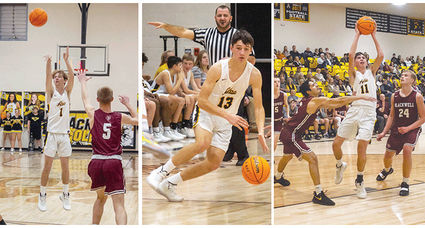 The Alva Goldbugs are having a tough start to their season with a loss to Blackwell 43-39 Tuesday night at home. They beat Chisholm in their opener on the road but lost three games in the Pioneer tournament last week.

The Goldbugs are a young team, starting four sophomores in Tuesday's game. On the other hand, Blackwell started with four seniors. The Maroons defended the area under the basket, keeping Alva mostly in the three-zone. This also cut down on chances for the Goldbugs to score on free throws, but Alva never quit and never let the Maroons get too far ahead.