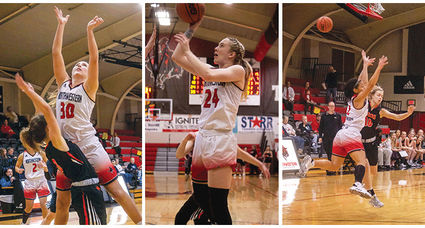 ALVA, Okla. - The Lady Rangers played one final game before the winter break Monday evening, and they finished the 2019 season strong with a convincing 76-68 win behind a very balanced offensive attack.

NWOSU had two double-digit scorers in Hillary Hurst and Bailey Brown at 17 and 16 respectively but Kyleigh Leverich had nine, and three players with eight were Kalea King, Jakeria Otey and Presley Payahsape.

Northwestern started strong in this one. Brown got the scoring started right away, hitting her first shot within seconds of the start. The Lady Rangers opened the game on a 6-0 run. The...