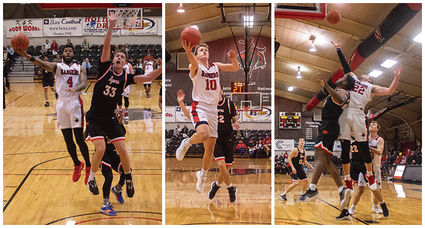 ALVA, Okla. – Northwestern Oklahoma State University Rangers dropped a great match-up against East Central university Monday evening before heading home for winter break. Northwestern and the Tigers had 11 different lead changes throughout the game with a halftime score of only one-point differential 36-35 in East Central's favor. A hard fought second quarter again came out in the Tigers favor as they took the game 79-74.

Northwestern was led by the hot hand of Parrish Hewitt. The junior guard led the team with an astounding 31 points as he went 11-19 from the field and 4-8 from beyond th...