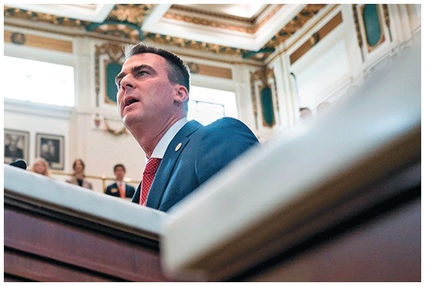 Gov. Kevin Stitt gave his second State of the State address to a packed House chamber at the State Capitol on Feb. 3.

Deputy Secretary of Health and Mental Health Carter Kimble told Oklahoma Watch on Friday that Gov. Kevin Stitt is looking to extend health coverage to a projected 200,000 low-income Oklahomans as early as this summer.

Carter, who has been Stitt's health-care reform point person, said the governor's office plans to seek a Medicaid state plan amendment that would allow Oklahoma to expand Medicaid through the traditional model that dozens of other states have followed.