Jordan is named Alva Citizen of the Year 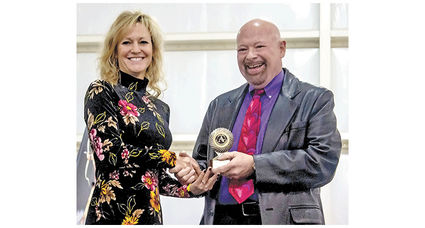 During the 5th Annual Citizens Choice Awards Gala Feb. 10, Adam Jordan was named Citizen of the Year. Sponsored by the Alva Chamber of Commerce, the awards nominations come from the public. The gala was held at Baker's Hangar at the Alva Regional Airport.