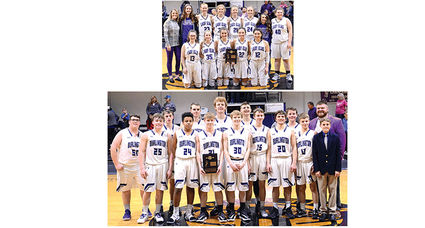 Both teams will play at Arnett this Thursday evening for their first round of Regionals. The Lady Elks will play Arnett right before the Elks play the Goodwell boys.