• Last day to register to vote is Friday, March 13 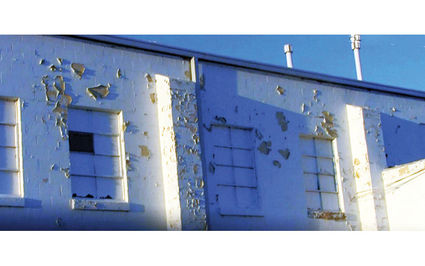 The bond election would, among many other things, pay to have the exterior of the ag building sandplasted and repainted., and the windows repaired.

In a very short meeting Monday, the Freedom Public Schools Board of Education heard from Principal Michelle Shelite before going on to review an informational flyer about the upcoming bond election. The flyer will be distributed to school district voters.

Present at the meeting were Board President Shane Morris, Vice President Phil Kirkpatrick, and Clerk Russell Reed, along with Superintendent Bryant Weber and Principal Michelle Shelite. Robert Babcock and Shan Wilson were absent.

Principal Shelite told the board about a new effort to expand the computer science class offerings at Freedom School. Shelite said she was contacted by the University of Austin about Uteach Computer Science Principles Curriculum. U. of Austin has a grant that will pay for them to train a teacher from Freedom to teach their computer science curriculum to Freedom students. Mrs. Smith has been selected to go through the online training program. She will also be provided with U. of Austin's computer science curriculum that will then aide Mrs. Smith in teaching coding to high school students.

"It will go along with the robotics program," said Shelite. "There is no cost for us."

Freedom students should be able to begin learning coding, along with other computer science skills, next semester, Shelite said.

She also told the board that the contract with Oklahoma Department of Rehabilitation Services (ODRS) has been renewed for next year. The disabilities specialists at ODRS help Freedom students who have disabilities learn job skills and find jobs.

Also, testing will be taking place throughout April and into May, she said. Testing will begin April 1 and continue through May 8. 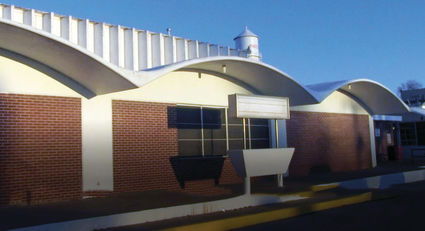 The bond would also pay to replace the single-pane windows along the front of the school with double-pane windows, thereby reducing heat and air costs. In addition, a wall would be built on top of the scalloped roof to protect the HVAC units. "Whenever I go on the roof, there are rocks and branches and all kinds of stuff up there," said Superintendent Weber, and the detritus blown there by the wind is damaging the units. The wall, which would sit sort of like a crown atop the building, would protect those units.

Superintendent Weber handed out copies of the flyer he's had printed that has photos of the various areas of the school needing improvement, along with explanations of why the work needs to be done.

"The last day people can register to vote in the bond election is this Friday, Friday the 13th," he said. He urged the board to contact registered voters to explain the benefit of voting in favor of the bond on April 7.

A taxpayer cost analysis estimates that residents' taxes would increase by just under 8 percent, if the bond passes. Local folks who have questions are encouraged to call Superintendent Weber at 580-621-3271.

The board also approved the consent agenda, which consisted of the past meeting's minutes; treasurer's report; encumbrances and warrants for the general, building, and child nutrition funds; activity fund expenditures, and the 2020-2021 contract with Municipal Accounting Systems.