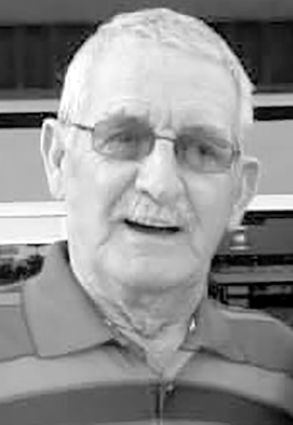 Collin E. Pierce Sr, 78-year-old Freedom resident, died Sunday, June 28, 2020, at the Great Plains Medical Center in Elk City. Funeral services will be held at 11 a.m. Friday, July 3, 2020, at the Freedom School Auditorium in Freedom, Oklahoma, with Reverend Mark Kinkel officiating. Everyone is asked to meet at the Freedom American Legion after the memorial for a potluck dinner and visitation in remembrance of Collin. Covered dishes are appreciated.

Collin Edward Pierce Sr was born on November 20, 1941, in Cleo Springs, Oklahoma, to Eldred Alanson and Eula Mae (DeVilbiss) Pierce. Collin was raised in the Waynoka area and attended school and graduated from Waynoka High School. He was inducted into the United States Army on February 17, 1964. He served his country during the Vietnam War and was a marksman with a .45 pistol and a sharpshooter with his M-14 rifle. Collin was honorably discharged in 1966.

Collin was united in marriage to Dorthea (Dot) Lee Kornele on March 18, 1967, in Woodward, Oklahoma. They were blessed with two sons: Collin Edward and Bryan Keith. In the early 1970s the family moved to Pretty Prairie, Kansas, and then in 1974 they moved to Freedom. They also lived for a short period in Belen, New Mexico.

Collikn worked for the Santa Fe Railroad as a depot agent in the 1960s before starting his own business, Diamond D Inspection. Collin also worked for the Soil Conservation District for 20 years. He was also a contract oilfield pumper for over 20 years and worked up until March 31, 2020. He enjoyed dancing, shooting pool, golf, watching NASCAR, fishing and OU football, but most of all he loved being with his family, especially his grandchildren. He was a member of the American Legion, the VFW and the Moose Lodge. He was the chairman of the Woods County Conservation District Board for many years.