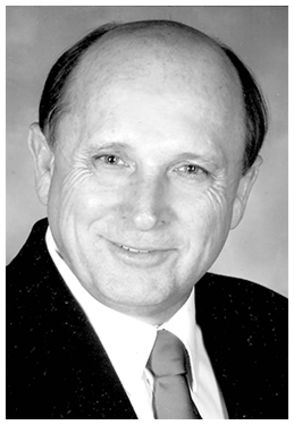 Funeral services for Jerry Boone Graybill will be 11 a.m. Thursday, July 9, 2020, at the Alva First Baptist Church with Rev. Ron Argo and Pastor Chris Ruwaldt officiating. Cremation will follow under the direction of Marshall Funeral Home of Alva.

On June 8, 1969, he was united in marriage to Marie Elaine Palmberg at the Methodist Church in Palco, Kansas. In 1975, Jerry and Elaine moved to Alva where he worked as a probation and parole officer for the Department of Corrections until his retirement in 2004. After his retirement, he helped Harold Cushenbery in the moving and storage business.

Jerry attended the Alva First Baptist Church and was a member of the Town and Country Christian Church. He was a long-time member of the Alva Kiwanis Club and Northwest Law Enforcement. He had a lifelong love of trains and loved to tinker. Everything that had broken was "Jerry-rigged" for repairs.

Besides his parents, he was preceded in death by one sister, Darlene Leck and her husband Don, and one sister-in-law, Helen Graybill.

In lieu of flowers, memorial contributions may be made through the funeral home to the Beadles Nursing Home Activity Fund or the Cherokee Strip Museum.